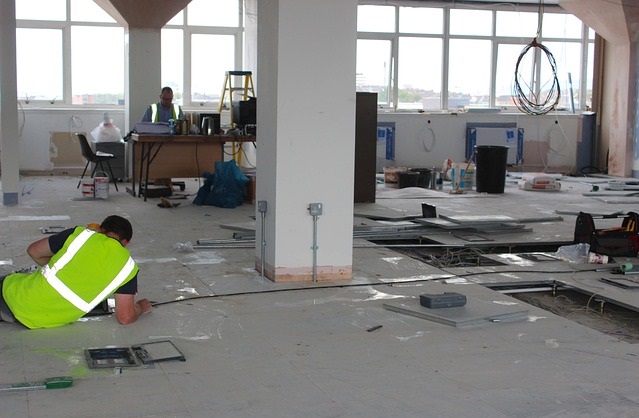 Electrical wiring in the United Kingdom is commonly understood to be an electrical installation for operation by end users within domestic, commercial, industrial, and other buildings, and also in special installations and locations, such as marinas or caravan parks.[1] It does not normally cover the transmission of electrical power to them.

Installations are distinguished by a number of criteria, such as voltage (high, low, extra low), phase (single or 3 phase), nature of electrical signal (power, data), type and design of cable (conductors and insulators used, cable design, solid/fixed or stranded/flexible, intended use, protective materials), circuit design (ring, radial), and so on.

Electrical wiring is ultimately regulated to ensure safety of operation, by such as the Building Regulations, currently legislated as the Building Regulations 2010, which lists “controlled services” such as electric wiring that must follow specific directions and standards, and the Electricity at Work Regulations 1989. The detailed rules for end-use wiring followed for practical purposes are those of BS 7671 Requirements for Electrical Installations. (IET Wiring Regulations), currently in its 18th edition, which provide the detailed descriptions referred to by legislation.

UK electrical wiring standards are largely harmonised with the regulations in other European countries and the international IEC 60446 standard. However, there are a number of specific national practices, habits and traditions that differ significantly from other countries, and which in some cases survived harmonisation. These include the use of ring circuits for domestic and light commercial fixed wiring, fused plugs, and for circuits installed prior to harmonisation, historically unique wiring colours.